Future Cup is played according to FIFA's rules in applicable parts and SvFF's competition and representation regulations. The English text applies to questions of interpretation concerning FIFA's rules or these regulations.

2.1 Participating teams must belong to a club or academy that is registered with their country's FIFA affiliated football association. 2.2 The teams are divided into groups of four or five teams, where they all play against each other in a single series. The order between the teams is decided by points. Victory gives 3 points, draw 1 point, loss 0 points. If two or more teams have the same score, the order is determined as follows:

The two most placed teams in each group can go to the A-finals, other teams go to placement matches. Play-offs take place so that all teams play the same number of matches. Draw matches in the playoffs are decided by penalty shootout according to FIFA's rules.

- All teams play at least 5 matches.
-  Future cup provides a match guarantee of 5 matches during the weekend.
-  The guarantee only applies as long as there are no departures just before or directly in the             tournament.
-  Future cup cannot be held responsible during such events.

§ 5. Number of players and substitutes

5.1 Future Cup is a seasonal tournament. No player restrictions, each team allows users how many players they want during the cup or in a single match. Substituted players may be reinstated in the game. Changes may be made during the course of the game without the referee's blowout. Note that when changing the goalkeeper, the game must be canceled and the change must be reported to the referee. All changes must take place within the team's technical area, when available. If there is no technical area, the change must take place at the center line. The player to be replaced must have left the pitch before the substitute may enter the pitch. Incorrect replacements are penalized with a warning (yellow card).

5.2 It is allowed to use players from the same club in several teams in the tournament, but NOT in the same age group. These players must be on each team's roster and attend the age check of the teams in which the player is included. There is no maximum limit for the number of participants on the list of participants.

In the 11v11, 9v9 and 7v7 classes no general exemptions are given. Exemption can be applied for a maximum of one player who already has an exemption issued by his district association or where there are special reasons. Exemption for senior players must be applied for no later than 3 weeks before the start of the tournament. After that, no new exemption applications are processed.

Team line-up must be written on a special team line-up form (can be printed from My Team Info) and submitted to the plan values ​​before each match.

- All team leaders (maximum 6) must be written on the team line-up form. Only these may be found in the technical field. Where technical area is not specified, this applies to an area of ​​8 meters along the sideline where the team's substitute resides.

- All match kits must be numbered and the numbers must correspond to those stated on the team line-up.
- The numbering must be on the back of the match shirt. Two players may not have the same number on the shirt during the same match.
- If the match referee decides that one team should change the kit due to similarity in color with the other team's kit, the last mentioned team in the game order, ie. "Away team", change.

- All players must be insured.

- All players must wear leg protection.

- A maximum of 6 team leaders may be present in the technical zone.

The referees are authorized by the Swedish Football Association or another country's football association.
The tournament referee is available at Katrinelundsgymnasiet. Anyone who has views on the judges' efforts is welcome there.

The competition jury consists of representatives from the Future Cup and the Swedish Referees Association. Protest and punishment cases are handled by the jury. Its decision can not be appealed.

12.1 Protests must be submitted in writing by the responsible leader to the competition secretariat at Katrinelundsgymnasiet by the protesting team's responsible leader no later than 60 minutes after the match in question has ended.
- Protest fee (1000 SEK) must be paid at the same time as the protest is submitted. Protest fee will be refunded if the protest is approved.
- Referees' decisions in facts concerning the match are, according to rule 5 of FIFA's rules, final. Protest against the judge's decision can not cause action.

- Expelled player is automatically suspended for the next match. The suspension applies even if the next match is included in the playoffs.

- The competition jury can also decide on suspension in further match / s in the event of a serious expulsion. - It is the team's duty to keep track of suspended players. Even at the suspension of several matches.

- Warnings do not accumulate.

NOTE! Players who participate in a match when he / she is actually suspended are considered unauthorized and thus the team loses the match 0-3.

§ 13. Walk Over and interrupted match

13.1 Teams who are absent from a match may lose the match by 0-3 following a decision by the competition jury. In case of repeated absences, teams can be excluded from the tournament. The competition jury may, however, decide that teams shall be excluded already at the first offense, if special circumstances exist, e.g. that a deliberate WO benefits one's own team or disadvantages another team in the group.

14.1 All fields are artificial turf.

14.2 The game plans are divided into the following areas: Centrum, Öster, Frölunda and Hisingen.

14.3 In bad weather, matches may be moved to gravel pitches, decided with penalty kicks or by drawing lots.

The organizing committee reserves the right to change the game program both in terms of group division (no later than April 14), times and game plans.

- Room deposit must be paid at SEK 500 on arrival

- The leader listed on the participant list is responsible for his players in the event of damage.

- It is the duty of each team to thoroughly clean their dormitory before departure.

- Room deposit must be paid at SEK 500 on arrival.

- The leader listed on the participant list is responsible for his players in the event of damage.

- It is forbidden to consume alcohol in schools and within the school area (schoolyard).

- It is the duty of each team to thoroughly clean their dormitory before departure.

Each team leader must ensure that all participants are insured both on and off the field. Future Cup has no group insurance that covers injuries, illnesses, thefts or vandalism. Future Cup is not liable for financial loss or damage that may occur due to war, war-like event, civil war, revolution or rebellion or p.g.a. government action, strike, lockout, blockade, extreme weather events or similar event.

WE ENCOURAGE ALL PARTICIPANTS AND LEADERS TO NEVER LEAVE VALUABLE ITEMS OR MONEY LEFT AT SCHOOL! 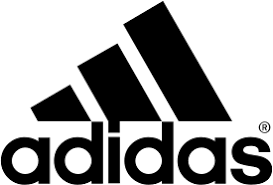 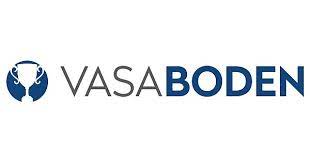